For most Indonesian, West Sumatra is Padang, the capital of this province. Anyway I want to see and find out more what West Sumatra had to offer beside Padang. The most important place on my list was Harau Valley/ Lembah Harau, which was said to be amazing.

The drive to Lembah Harau from Padang takes about 3 to 4 hours, 4 hours of green Indonesian country side. Although an hour to the journey we stopped at Sate Mak Syukur, a very famous place to eat Sate Padang. 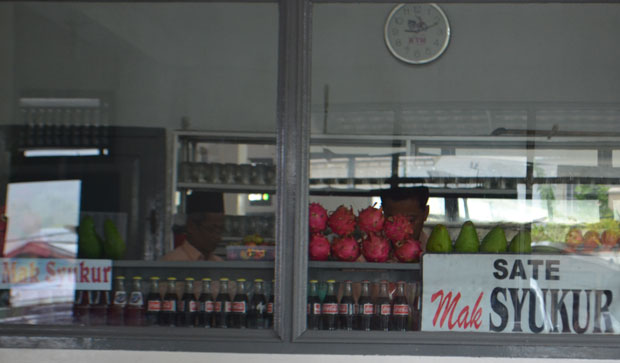 It was so early in the morning the place is barely open, whilst we are waiting for our satay we have a cup of strong coffee.

Sate Padang is beef satay with thick curry sauce, rather than the usual chicken satay with sweet soy and peanut sauce. Yumm. 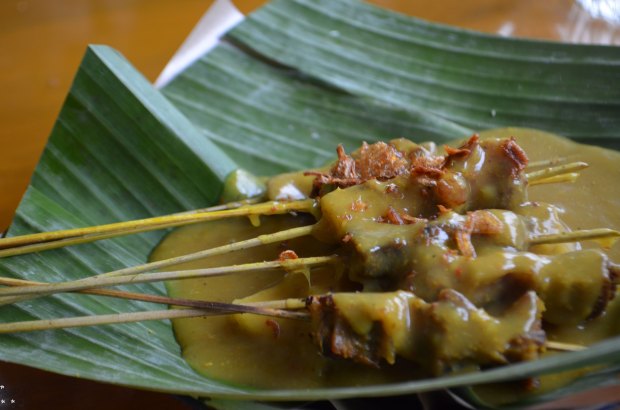 The pictures can’t really describe how amazing Lembah Harau is. Ok, maybe it is not as amazing as the grand canyon, but as I’ve never been to G Canyon, this valley is amazing enough for me. 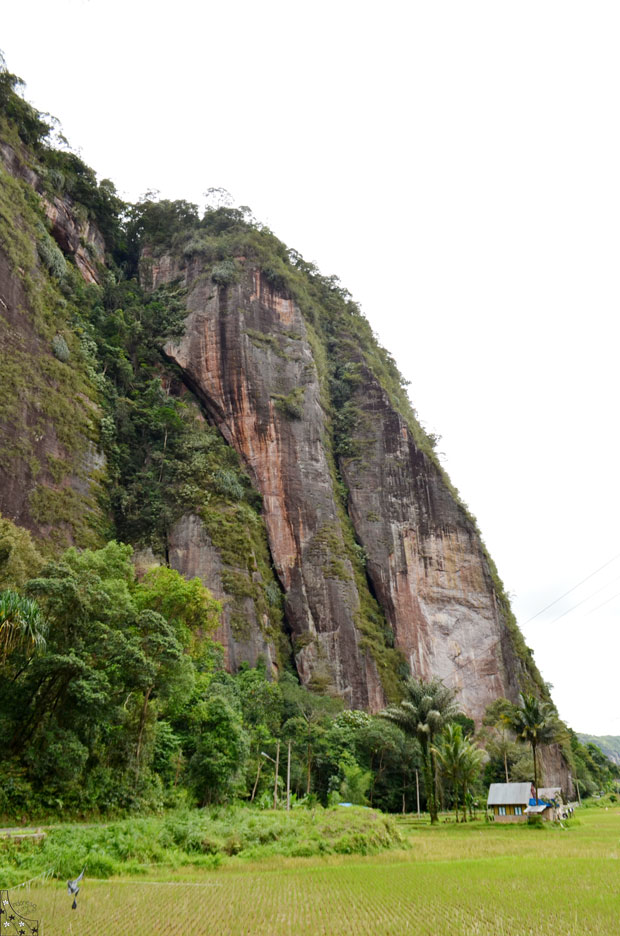 Tall red imposing walls, with padi fields and a few houses far in between, tranquil surrounding, and locals going about their usual business, who seemed to be oblivious to the fact they live in an amazing place, is somehow serene.

I didn’t really want to leave, but had so much planned, so with a heavy heart, I carried on.

Next we stopped at the village Pandai Sikek, which is depicted on our Rp. 5000 note. I had in my head that the village would be a traditional village where everyone dresses in a sarung and wear elaborrate head dress like they do on the picture.

Well of course I was wrong, I should really know better. The village still produces Songket, beautiful songkets at that. You can see the tool they use to make them, but probably not them making it. I bought a black songket which is traditionally worn by man, the lady who sold it to me was really hesitant to do so, she was so worried that I am going to wear it. I had to convince her that I am not going to. The songket I bought cost around 1 million 300 thousand Rupiah, which is around €100 I think, it took them 3 weeks to make, so I think that price is nothing.

Lunch, I asked the driver the best place to eat Nasi Kapau. He said, of course at The Kapau Village. I ignorantly didn’t know such village exist. So he took us there, to the source of Nasi Kapau, Kapau village, to a really small warung nasi. A warung is what Indonesian call a small establishment that sells stuff, usually food and or tobacco. I think it is pretty cool to have nasi kapau from the village of kapau, it is like having Pizza napolitana in Naples, or Cornish Pasty in Cornwall etc, etc. 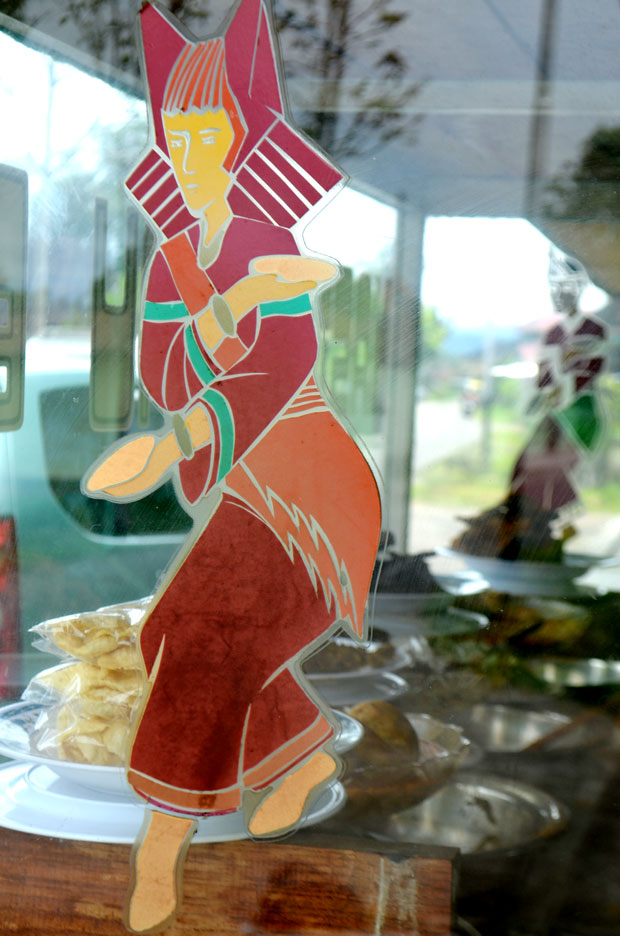 The nasi, papaya leaves, curried sausage, and chicken breast, all for only 25,000 rupiah, or €1,50. A must try, very delicious, this is one of the Indonesian food I most long for in Europe.

With that I leave you until the next update.

17 thoughts on “Go West of Sumatra”