3 days 2 nights, 9 cups of caffé macchiatto, 15 scoops of Gelato and plenty of yummy food; my trip to Milan two weeks a go was definitely a good start to my holiday.

For me, Italy has always been such a great country to visit, because you are guaranteed good coffee, ice cream and food. In Italy, I have never had a bad cup of coffee, they are always strong, fresh, and tasty, even in the smallest café.

Milan, as the local call it Milano, is quite a compact city, all the must see tourist destination is within a single area. The metro service is good, but as everything is in walking distance to each other I didn’t use it very often. Only used it to go to the airport and the hotel I was staying which was so far away from the city, I wasn’t sure why it had a Milan address. 😀

If I had a bit of time, and didn’t have to catch the last bus to the hotel from the metro station, I could simply get lost roaming around with my camera in the beautiful streets of the city. 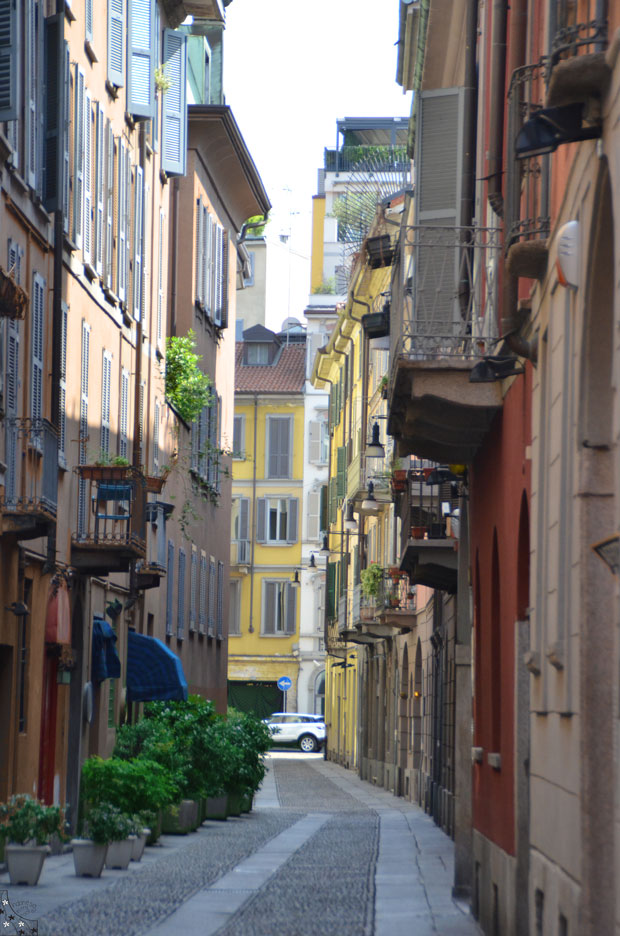 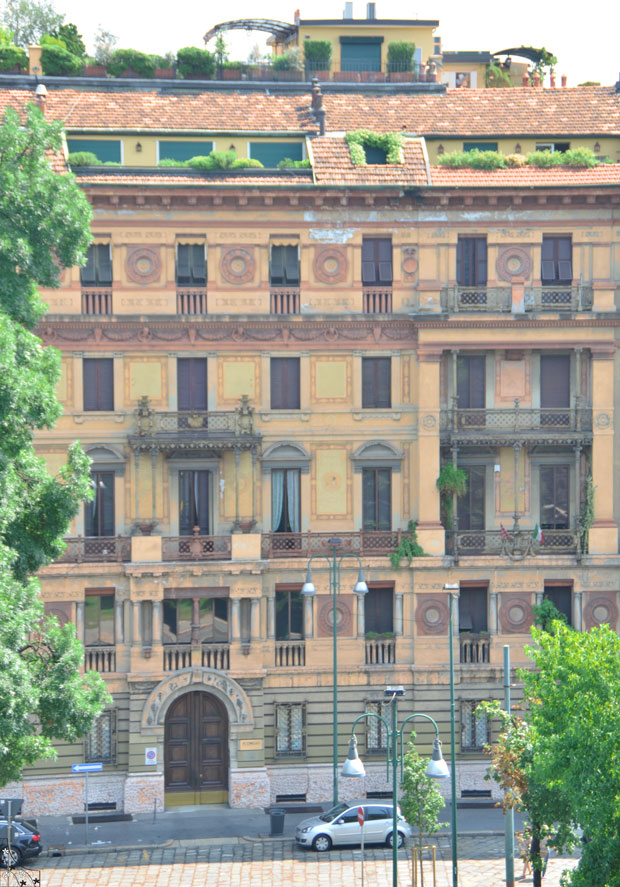 In some travel books, they say that Milan is a city people don’t usually stop, I am not sure about this, because there are plenty of tourist there.Maybe they mean that it doesn’t offer very much for travelers, as much as it is for people who loves fashion and branded things. Well, I am not in to brands, although I love this window of Louis Vuitton;

whilst I am there I didn’t buy anything but managed to visit a few interesting places. People rave about these two places on blogs, they are admittedly beautiful.

1. Galleria Vittorio Emanuele II, a shopping arcade that links Piazza La Scalla to the Duomo. The mosaics on arches on the the top here apparently represents Asia, Europe, Africa and America. And on the floor the mosaics are images of local coat of arms, including the coat of arm of Turin which is a bull. They say you will have good luck if you spin on your heels on the bull’s private. Hahaha, every city has one doesn’t it?

2. Duomo del Milano, there are loads of picture of this online, take a look at Victor’s Travel Blog for good images and stories. Oh, there is something I would like to share, I was told that to go in the Duomo you have to be moderately dressed, no too short shorts etc.

I did a bit more walking around and took more pictures. 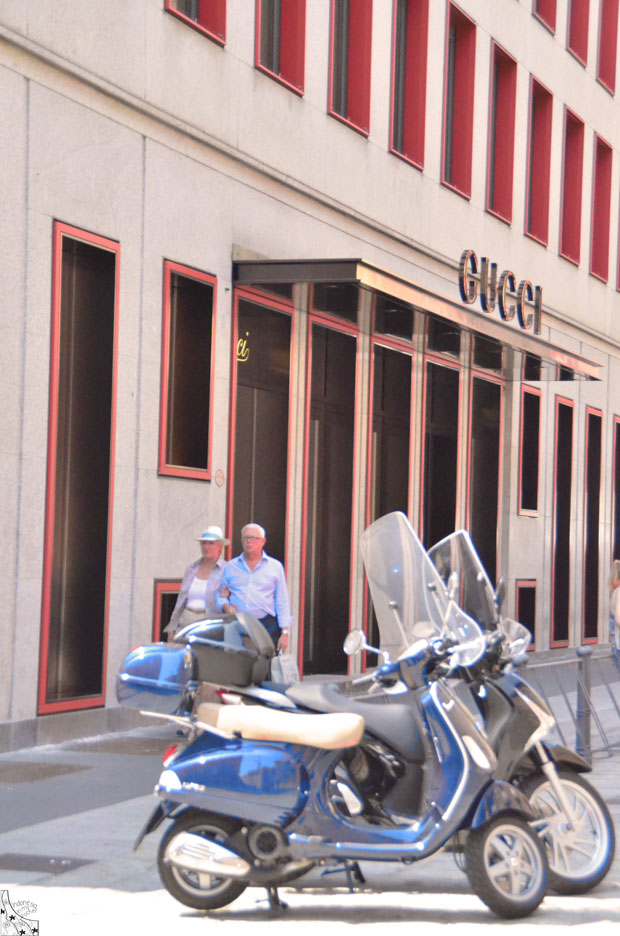 Anyway, I visited the Sforza Castle a.k.a Castello Sforzesco. The visit to the castle itself is free, you can just wander in. This was a really interesting visit because we went on an hour long guided tour (€10/person) that shows us the compounds from above. My friend and I were the only ones on the English tour, it was good.

I learnt a lot, Things I never knew of. For example that Italy as one nation is relatively new, that back in the days at the time when Spanish and British empires exist, Italy was divided into small kingdom with lords governing them. That once Milan was in a bad relationship with Venice and that it was also once govern by Germany.

Between visits I had many Gelatos, I had to, no I really had to, 😀 because it was hot and they melt so fast, that I could barely eat them. I totally adore them, and you can find them anywhere. There is one thing I notice whilst buying Ice cream is that, in bigger Gelato parlour, you have to go to the till first, tell them whether you want Picollo (small one, maximum 2 scoops), Medio (3 scoops) or Grandi (4 scoops) and then you go to the counter with your receipt choosing your flavours. Funny huh? because most of the time you would be looking at the ice cream, choosing them and paying straight at the counter.

I couldn’t take any pictures of the ice cream, because I don’t want my camera covered with Malaga or strataciella Gelato like all my hands were. 😀 Although all of the Gelato was good, the best ones were from this place call Shockolat, on Via Giovanni Boccaccio, near the train station to go to the main airport. They not only have your usual flavours but offered about 8 different chocolate based ice cream, I had chocolate and rum.. Yumm. 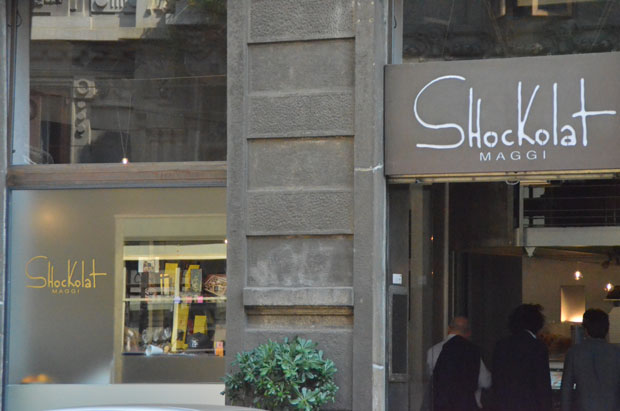 As you may know from my previous blog updates, I always go to the design museums on my travels. It is the same in Milan, I went the design museum. Situated in the park this is one of those museums that wasn’t really obvious with their entrance. The entry to the museum is €7, € 5 for each exhibition, an access for all one was €10. Which I thought sounded like a good value for 3 exhibitions.

This is one of the most interesting design museum I have been, they don’t concentrate too much on the chairs. Well worth the visit, although one of the exhibition is call design for Health and Safety, this is really boring, but the rest is great.

I wasn’t sure that this is art rather than design. I love it. You can guess what it says ‘ all and nothing’.

We also had the buffet lunch at the museum which was very nice. I like lunches at museums. I can always recommend it them. 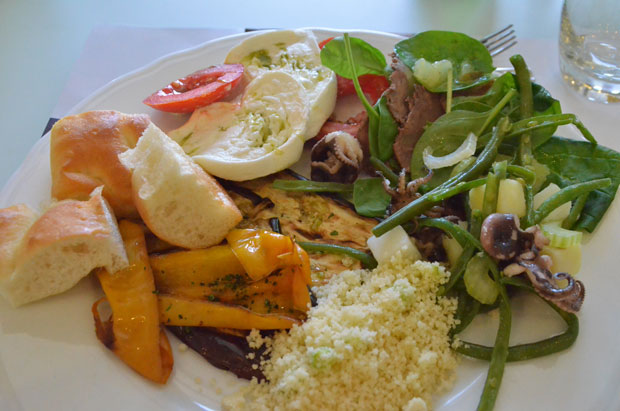 I think this is the second update I did that ends with a picture of food. Ho humm, by the way, I will continue my Indonesian update, after Athens and Thessaloniki update.

I was wondering, are you like me who would always want to know where to find good but cheap food when travelling? Every time I look on blogs restaurant review they are almost always expensive ones, what do you think?

5 thoughts on “Milano and Gelato”