Hong Kong – A Quick Visit and Some Tips

I have never been interested in visiting Hong Kong, apologies for anyone who lives and loves Hong Kong. This is because all my friends that have similar taste to mine and have been to Hong Kong, said that the places is a mecca for shopping and really not that interesting.  When I ask them again where should I go, and knowing what I like though they all said this ” you would not like it, but you would like the food! so eat loads there”. So I did.

I really enjoyed my taxi ride from the airport to hotel, because the scenery is amazing. Hong Kong consists of many islands, loads of it looks like small mounds, the big boulders of rocks are similar to those you can find in Bangka Belitung. This all is contrasted with high rise buildings, boats, containers and bridges.

Actually, if I were to describe Hong Kong in a sentence I would say: ‘It is a somewhat more interesting version of Singapore’

My first tip on this whole thing is if you are there for more than one day buy an Octopus card. Very useful little card that you can use on all transport and some convenient shop too. To buy the card you have to put a downpayment of HKD150 (£15, €14.30ish) which entails of HKD50 card loan, and HKD100 card load pretty cheap. A journey depending on the distance on the MTR cost between HKD4.4 to HKD13.8.   What slightly annoying about the card though you can only top it up in incremental HKD50. More detail on the prices on this PDF.

Second tip – Go to another island on a boat

Or at least cross from Hong Kong (confusingly is also a name of a station/harbour) to Kowlon using a boat. If you want to do the later, I would recommend doing it at dusk or night time so you can see the glittering lights of the building from the water. On my only free Sunday, I went to a little island Cheng Cau by boat using my Octopus card. It was really fun. A very easy ride  and very cheap too. For those who love photo taking, some great scenes from the boat.

Third tip – Visit PMQ
Most people know that Hong Kong is a place to shop. A lot of Indonesian go here simply to shop, because mostly there is no tax for luxury goods like Indonesia has. But as I am more interested in locally made and design goods, I find PMQ a treasure. There are plenty of Hong Kong designed and made. Cool stuff basically. From cutr to clean linw. PMQ is a creative quarter of Hong Kong. Here are some pics. 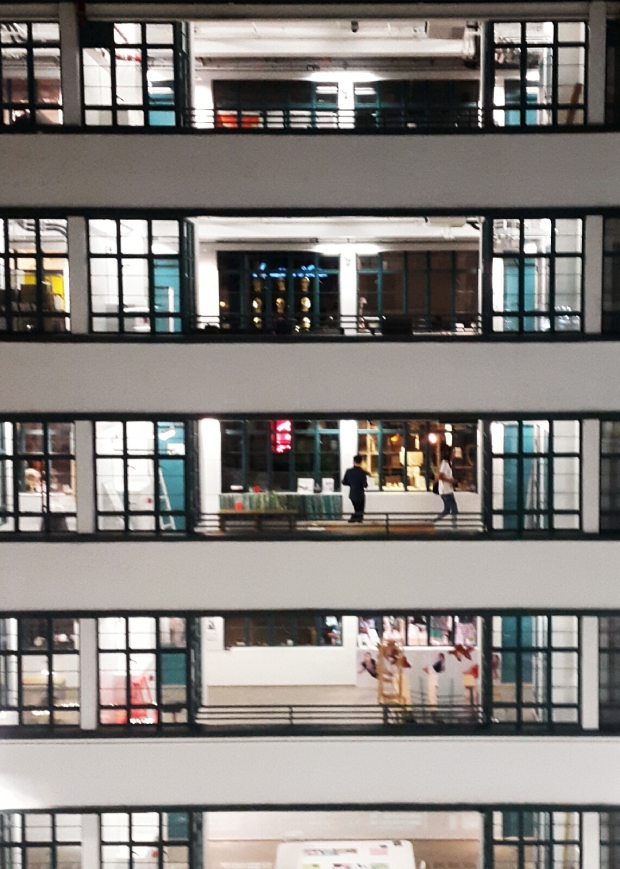 So many different things, the reason I chose Cheng Cau from any other island because of news of super yummy Fishball, with a choice of different chilly sauce! Cheng Cau is also famous for its sea food, and it has a nice bay beach. 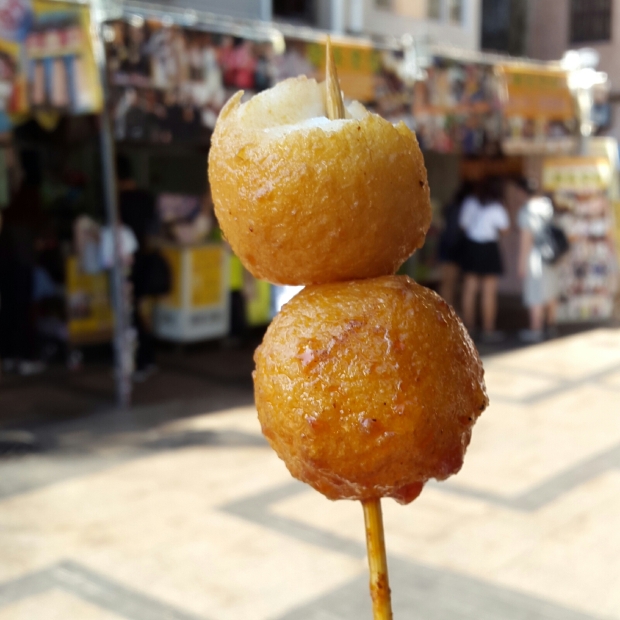 Apparently if you are in Hong Kong you have to eat at Cafe de Coral, a chain of fastfood restaurant that is almost like an institution. They serve a mixture of Chinese Food and Hong Kong style western food. I had duck rice on my visit.

I had Hainan Rice & Pineapple bread from – Tsui Wan, which came highly recommended by  some blogs. Pineapple bread is simply a milk bread with a slightly sweet toping, no Pineapple involved. 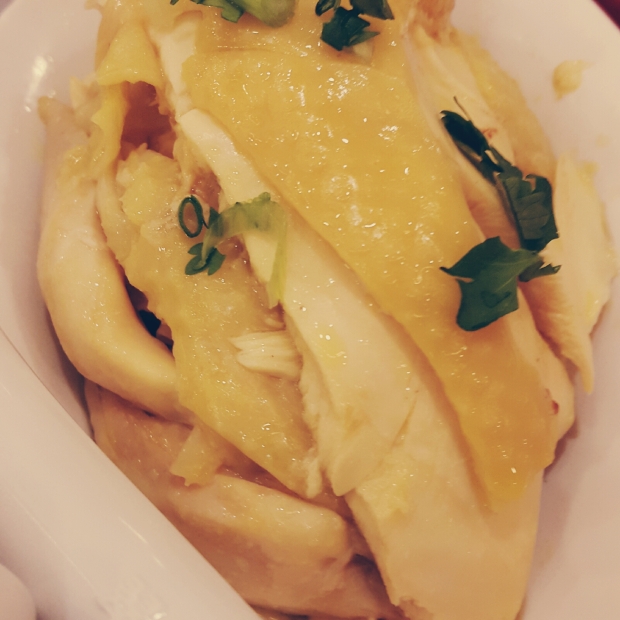 Then I tried the Egg Waffle – which just looks like a row of egg but the batter is essentially pancake batter. It is yummy, similar taste to the sides of Indonesian kue ape. It has to be eaten hot, so it remains crunchy on the outside and soft in the inside. I had it from this place.

Because it was really hot, seriously it was hotter than Jakarta, I visited Jakarta the next week, so I had a load of ice cream and frozen yogurt.

This one is a newly open place called Purple cow. Speciallity is purple soft ice cream.

And, in one of my wanderings I found the best (in my opinion) Pastel de Nata I have tasted. Bearing in mind I have tried this cake in Lisbon & Porto, I have even tried the one in Belem. Now, it might only be hunger or the luck of the draw, but this casing is so crunchy and the custard is so smooth, not to sweet, just right. It is beautiful. 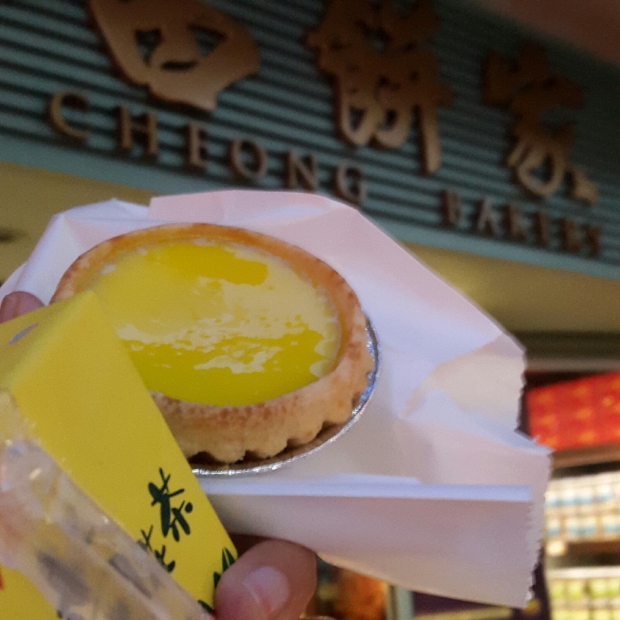 That is all my tips about Hong Kong. To conclude I would say that the funniest about Hong Kong is it seems that you can travel without every seeing the roads. Buildings were connected by bridges, you are sometimes even forced to go in a mall to cross the road. The other thing is the outdoor escalators. The most famous one is Mid – levels escalator, it is not a full-length escalators but a combination of a load of 20 steps escalators. I also saw some tiny escalator in one of the park which is probably a combination of 10 steps escalator, I think this is a bit silly, just walk up, it is not that high.

Another beauty of Hong Kong are the neons! They are wonderful. 😄

Have you been to Hong Kong? What do you think of it? If Hong Kong is in your travel list, what number would it be at?

20 thoughts on “Hong Kong – A Quick Visit and Some Tips”