Second-hand or some cool people call it vintage, some other people call it Pre-loved, is a great concept, I think (the second-hand idea, not calling it pre-loved, I think that is a bit much). That we don’t continously consume newly fabricated products. I think I have spoken about Charity Shops in the uk, UK high street establishments that I visited most of.

In short, I love looking at second hand stuff, quite often love to buy them too. So when told that every Sunday, there is a lot in Berlin, I had to go to one.

I chose the one people keep recommending at Mauer Park. It is slightly out of central Berlin, but easy enough to get to by the underground metro.

It turns out that there is actually all sorts of items that are sold in the market. The flea market is probably only 1/2 of it. People were selling food, indie designed t shirts, records, people selling their belonging and many other things. In the UK it would be Camden meet flea market. Each types has their own section at the market.

We arrived at the time after a wet snowy day so there were a lot of puddles, (in Indonesian: Becek banget) wellies are recommended.

I didn’t really buy anything, I found the interesting items too expensive, and the cheap ones too common. I think the charity shops here (in the UK) offer cheaper alternatives. It was really fun too look around though. Here are some pictures. 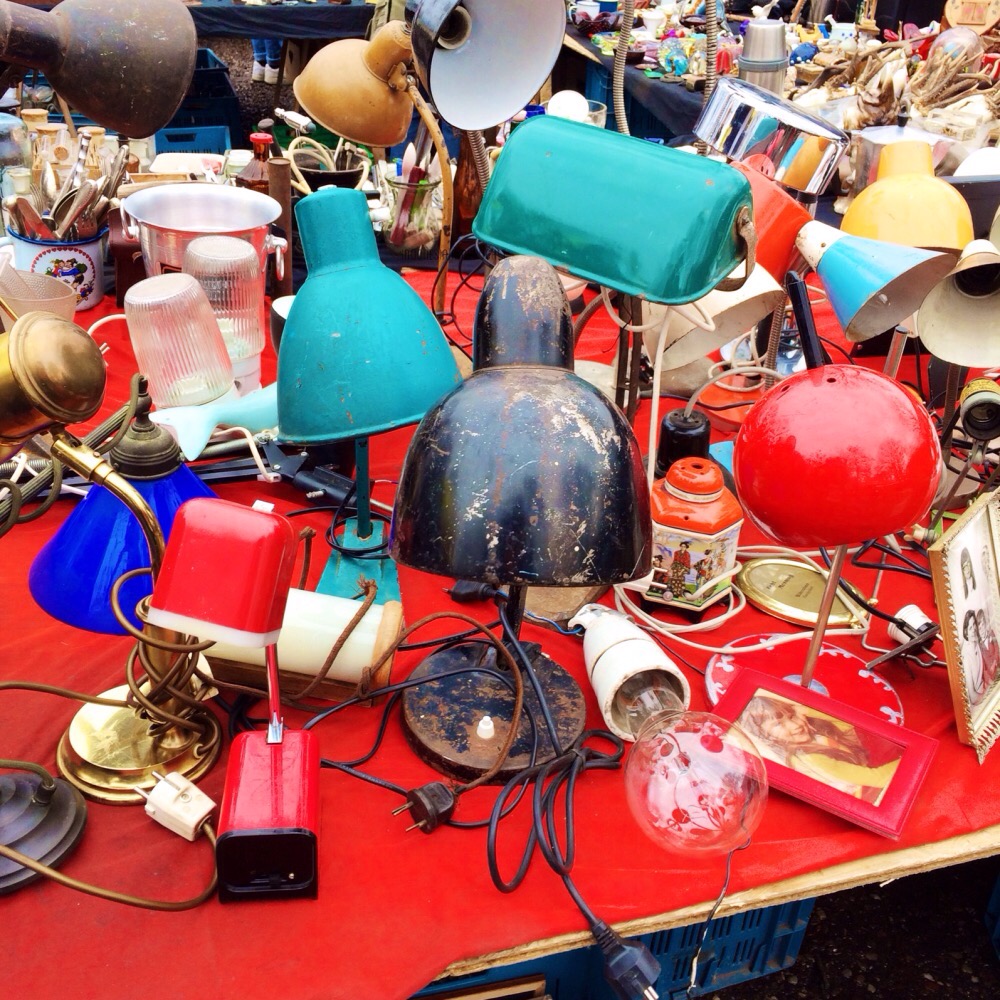 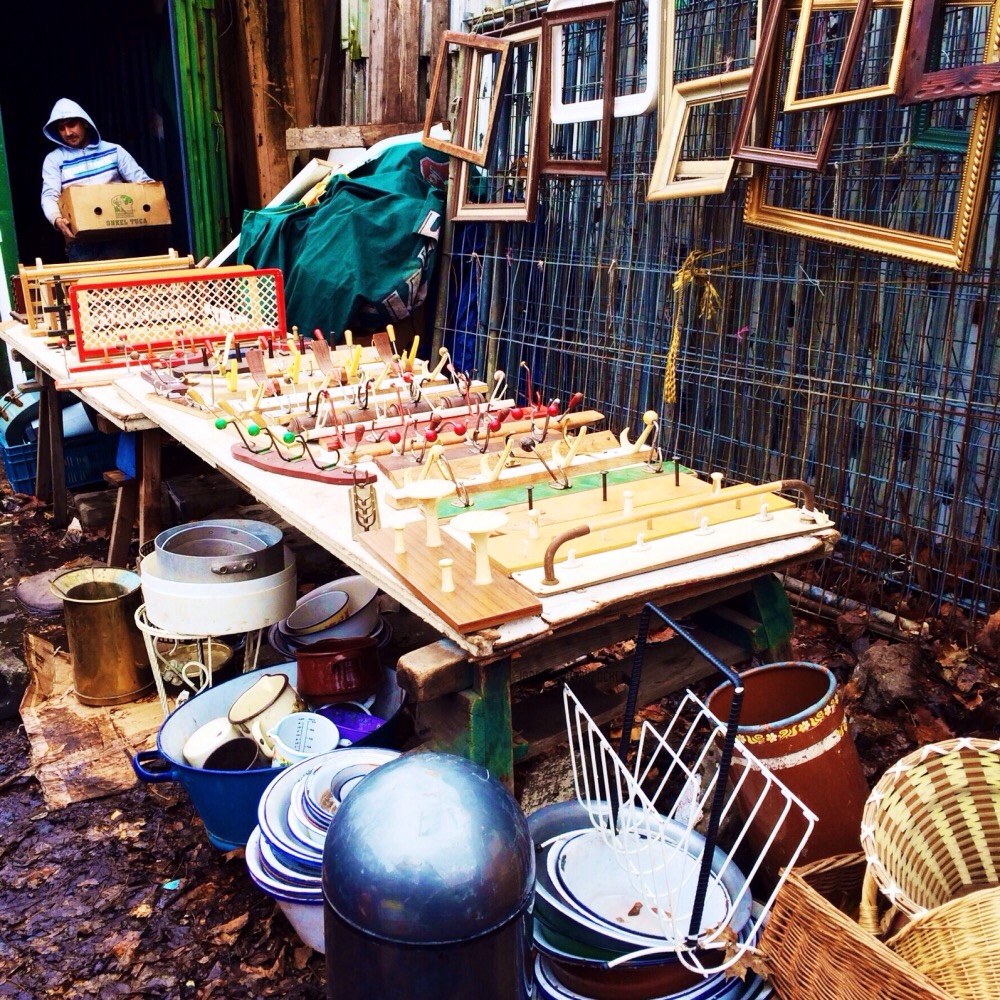 Some stalls near the entrances has signs ‘ No Photos’ or ‘Photos, For €1’ don’t worry there were a lot of other stalls that are fine for you take pictures.

These boxes are filled with a lot of random items, even broken plates and cups. They came our of the container behind (green and red in this picture) where they have been stacked up carelessly, so I think these are suppose to be cheap ones, around €1 – €3 per items. You are also encouraged to bargain here.

Some people were selling stuff from farms like milk urns and buckets too.

How about you? Do you like to go to second hand markets? what would you be most likely to buy there?