Mango and Bambang – an illustrated book on a Tapir

Generally a striking black and white animals are well known, I mean look at Panda, zebra, badgers and skunk. Who doesn’t know them, there are plenty characters on children’s book that involves these animals. But, what about Tapirs?

(Which I adamantly think should be pronounced: Ta peer, I they are from parts of the world that the A is pronounced like the Aardvark A)

Why are there no books with them as  characters? Aren’t they funny looking enough? Or cute, or maybe not endangered enough? Or maybe because they only exist in a small part of the world including Indonesia. I definitely think they are an interesting funny looking animal, that is why it features in this blog’s banner, and I have got a whole pinterest board on tapirs.

So when I saw this book, Mango & Bambang- the Not-a-Pig, by Polly Faber & Clara Vulliamy, in the British Library Bookshop I got so excited. An illustrated children story book with a Tapir as a main character. Yay to all tapirs!

At a glance it seems the book is very striking, I love the stripy front and the two toned colours. I thought at first it is a new book for Ottoline, a series I love by Chris Riddell. That is in fact why I took a proper look at it, which I am glad I did.

The story is about a multi talented girl, Mango, who found a tapir on a zebra crossing and befriended him. I love the name Mango, last name ‘All sorts’, imagine if there is a mango tasting all sorts. YUMM! *got derailed, sorry.

Well Mango knew straight away that it is a Malayan Tapir. I was slightly dissapointed that she said the Tapir is from Malaysian Jungle, I am fine with the idea generally, because they do exist in Malaysia, but then the tapir introduced himself as Bambang. Now, Bambang, is part of the former president of Indonesia and very much a traditional Javanese name, which is Indonesian. But, hey what’s in a name? It is a book about a tapir, that is what’s important here.

There are four stories in the book, when Mango met Bambang, when Bambang stayed at home and got caught, when Bambang went swimming and when Bambang helped Mango with her clarinet playing.

Hints of Ottoline comes through in the stories: Ottoline’s friendship with Mr Munroe, Ottoline’s house in the city,the character introduction.

Maybe it is because I am really used to Ottoline that I see it coming up in Mango. Or maybe because how the overall look of the book encourages me to find similarities in them. I don’t know. 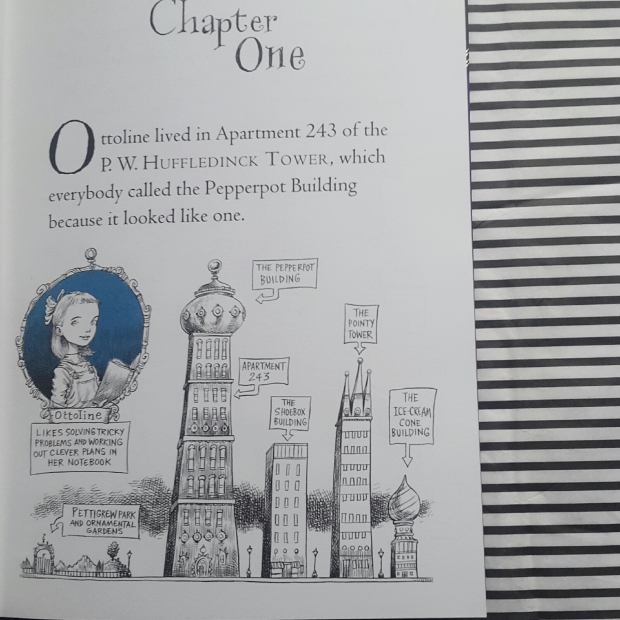 The difference between the two books, besides the characters and names, is it’s complexity. Ottoline stories or even the illustrations are more detailed and thorough. I thought it might it is targeted to a younger group of children, according to Amazon, Mango is targeted for 6 – 10yrs and Ottoline is targeted for 7 – 11yrs, so definitely for 7 – 10 yrs old then. But hey,
it is a book about a Tapir! 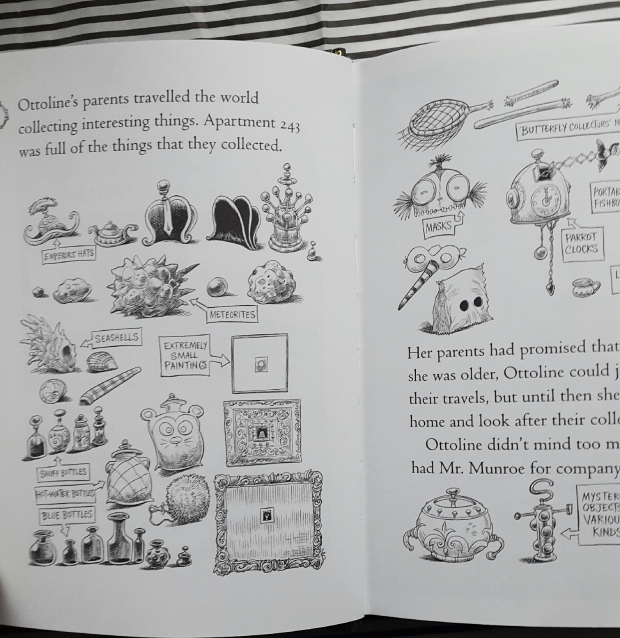 All and all, the book is simple, light hearted and uplifting. And best of all it has a tapir as its main character!

Is it weird that I got excited over this? What funny looking unusual animal do you like? Have you seen any stories with a tapir as a character or featured in it?